This Is the Top Marijuana Stock to Buy in May

For the past year, the marijuana industry has been nothing short of a train wreck. Although we’re talking about a group of stocks that proved virtually unstoppable during the first quarter of 2019, most pot stocks have seen anywhere from 50% to 95% of their value wiped away over the past 13 months.

But in spite of this weakness, there’s still plenty of hope that cannabis stocks can deliver the green. After all, tens of billions of dollars in sales are still being conducted each year in the black market. If a steady number of these consumers can be moved to legal channels over time, there’s absolutely no reason legal weed sales couldn’t hit at least $50 billion annually by 2030. For context, global pot sales totaled $10.9 billion in 2018.

The big question is, which marijuana stock(s) should be purchased to take advantage of the “green rush?” 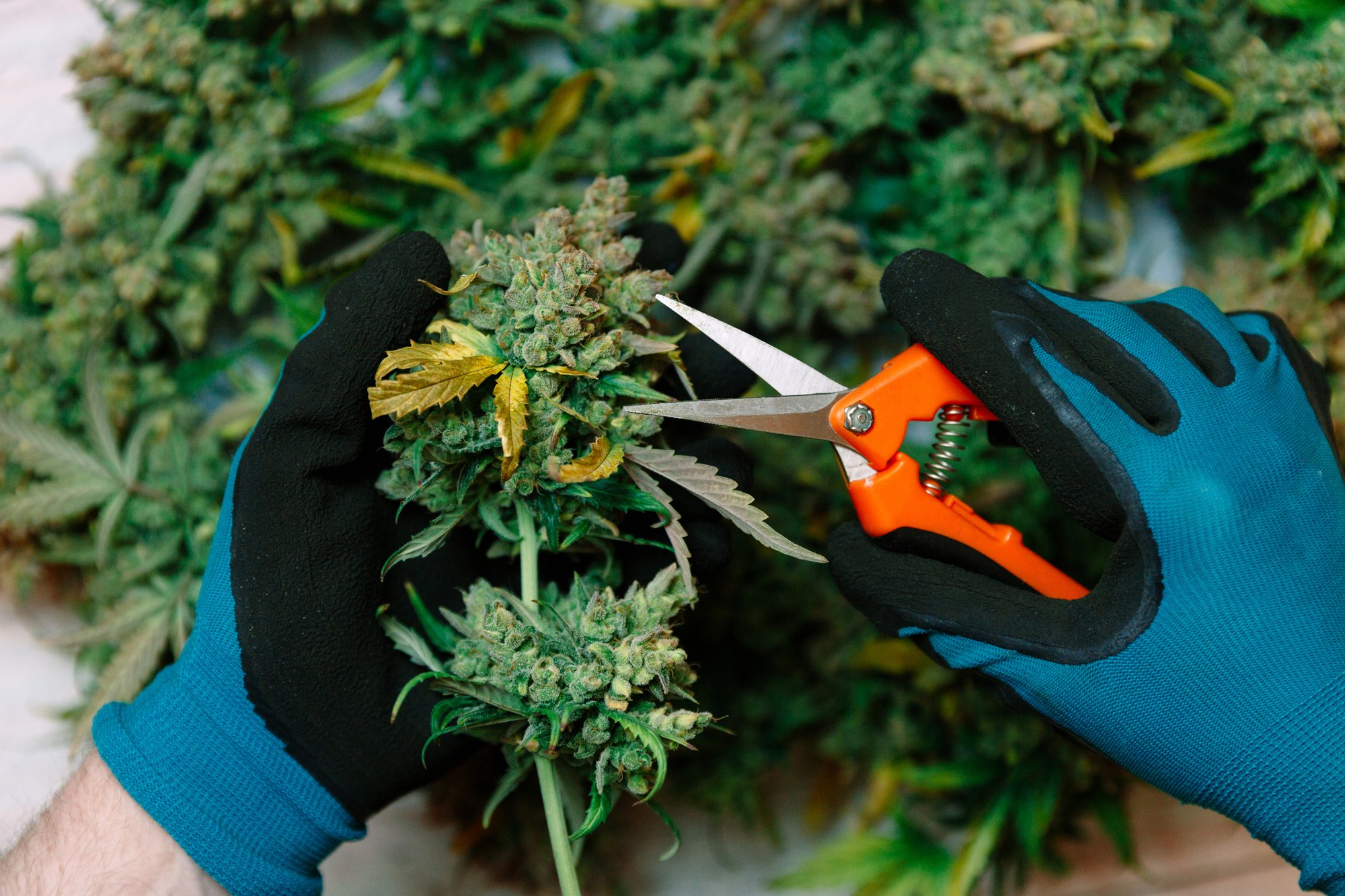 For those of you looking to get your feet wet in the marijuana industry or perhaps angling to add to an existing cannabis portfolio, let me introduce you to the pot stock you should consider buying aggressively in May: U.S. multistate operator (MSO) Green Thumb Industries (OTC:GTBIF).

Before examining the many reasons I believe Green Thumb deserves to be in investors’ portfolios, let’s begin by looking at some of the risks that could weigh on the company in the coming quarters. Remember, all stocks have risks, and Green Thumb’s 50% share-price decline on a trailing-12-month basis proves this.

Perhaps the biggest reason U.S. MSOs like Green Thumb Industries have struggled relates to the tax rates charged on legal cannabis products at the state level. Although marijuana remains a federally illicit substance, 33 states have legalized medical pot, with 11 of them also giving the green light to adult-use consumption and/or sale. Some of these recreationally legal states are absolutely taxing the daylights out of consumers and making it impossible for licensed producers to compete with illicit growers.

In California (one of 12 markets where Green Thumb operates), cannabis consumers will absorb an already high state and local tax, along with marijuana excise tax and a wholesale tax. Additionally, quality-control testing will be eventually factored into the retail price of the product. When all is said and done, consumers could be paying an extra 50% including taxes and fees, if not more. 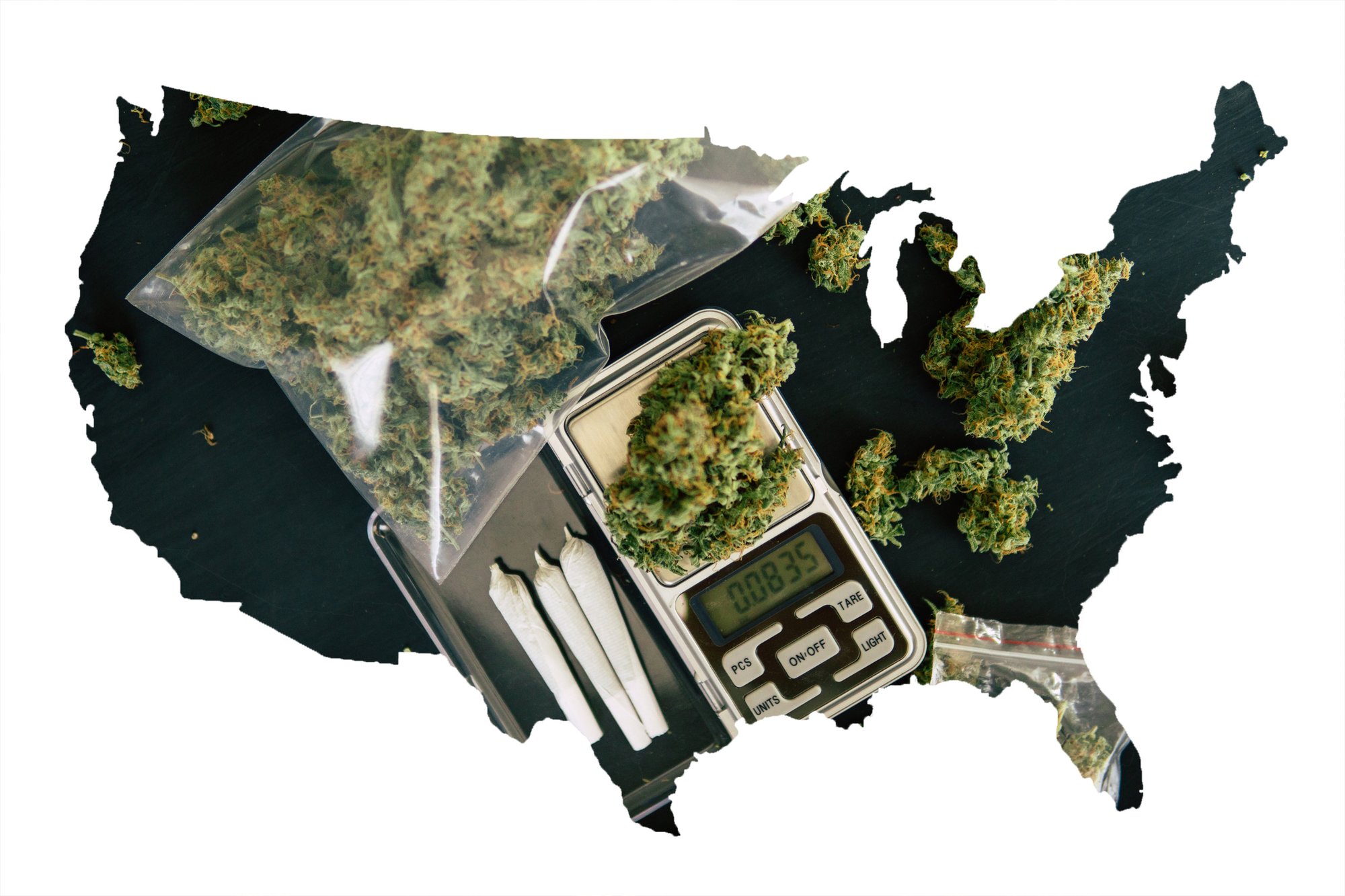 Some states are also doing a poor job of (pardon the pun) cultivating their cannabis industries. California may be the largest state by annual weed sales, but it’s struggled to open an adequate number of dispensaries to service its enormous adult population. Meanwhile, Illinois, which began selling recreational marijuana on Jan. 1, 2020, has a cap on the number of dispensary licenses it can issue, which looks to be well short of the figure needed to stomp out illicit producers.

Even the coronavirus disease 2019 (COVID-19) could prove an impediment to MSOs. Though the coronavirus pandemic led to an initial surge in weed sales, the potential inability to visit physical stores could reduce the average ticket size or delay the launch of a new product.

Lastly, a number of U.S. marijuana companies have struggled to access traditional forms of financing. Since cannabis is a Schedule I substance, it’s illegal at the federal level. This means banks and credit unions mostly avoid lending to U.S. MSOs in order to comply with federal laws.

This sums up why Green Thumb and, in some broad sense, the MSO space have struggled over the past year. Let’s take a look at why now is the time to buy Green Thumb Industries. 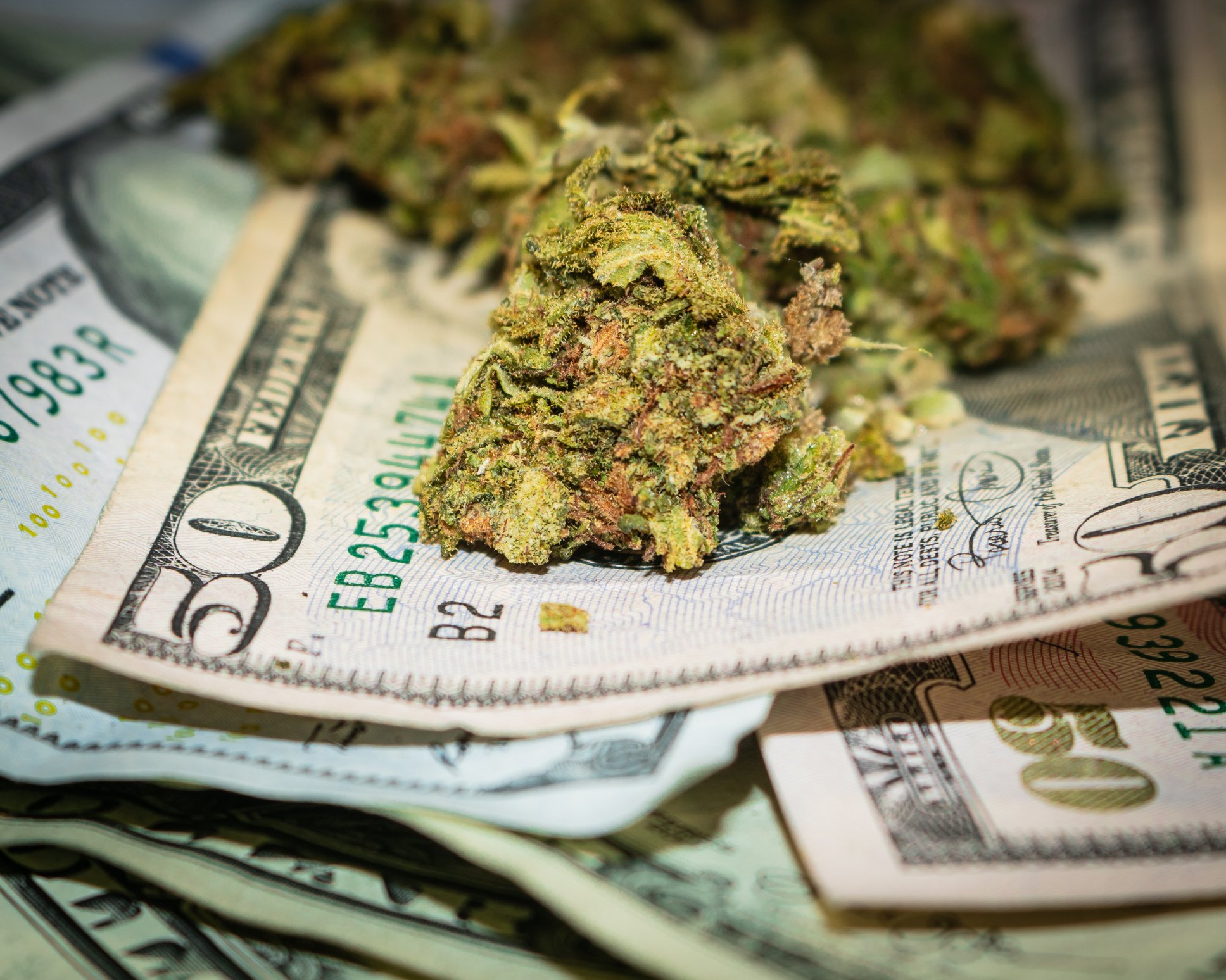 It’s time to put Green Thumb on your buy list

First of all, it’s important to understand that MSOs like Green Thumb entirely control the seed-to-sale process. This means they have complete say on the quality of product used, are able to introduce and build up their own brands, and can more easily control the input costs of the production process. In other words, large-scale MSOs should have the ability to produce marijuana for a lower cost than small-scale licensed producers and can thusly compete more effectively against low-cost black-market growers.

Speaking of products, Green Thumb’s product portfolio already is leaning toward higher-margin derivatives, which includes the likes of vapes, pre-rolls, edibles, and concentrates. In 2019, these derivative products, which accounted for around two-thirds of total sales, all grew by a double-digit percentage on a year-over-year basis. By focusing not just on growing sales but on the quality of revenue it’s bringing in, Green Thumb will be pushed to recurring profitability in relatively short order.

Green Thumb has also demonstrated that it can effectively grow organically and via acquisition. This is a company that’s been awarded 33 licenses through the organic application process and completed 14 mergers and acquisitions since 2015. Today, it has a production, processing, and/or retail presence in a dozen U.S. states and possesses enough retail licenses to open 96 dispensaries. To date, Green Thumb has opened 43 retail stores, with only Curaleaf and Trulieve Cannabis having more open locations. However, 46 of 48 open dispensaries for Trulieve are located in one state (Florida), while Curaleaf has 57 open dispensaries in 17 states. In other words, in terms of legal-market saturation, Green Thumb is right on par with U.S. market-cap leader Curaleaf. Expect Green Thumb to use rapid same-store sales growth and new-store openings to drive sales north of $400 million in 2020 and well over $600 million in 2021.

From a fundamental perspective, it’s worth noting that, despite $59.5 million in generally accepted accounting principle (GAAP) losses, the company managed $3.5 million in positive earnings before interest, taxes, depreciation, and amortization (EBITDA) in full-year 2019. This further suggests that it’s right on the cusp of becoming profitable on a recurring basis. Although costs will rise as the company opens new locations, recurring profitability is a real possibility by the latter part of 2020 or first half of 2021.

Finally, investors should understand that Green Thumb isn’t facing the cash crunch that’s plagued much of the industry. It’s taken advantage of sale-leaseback agreements with Innovative Industrial Properties to raise cash and landed $105 million in senior secured debt financing in May 2019, with the ability to borrow an additional $45 million.

With financing not an issue, Green Thumb is free to focus on building its brands up in core markets and bolstering its margins with an added emphasis on derivatives.