on May 6, 2018 in Cannabis News South America Featured

The largest investment opportunities might be found in other emerging markets — especially South America for cannabis and Southeast Asia for hemp. What makes these regions so interesting? What factors make countries like Uruguay and Colombia so attractive for cannabis-focused investors?

Legal cannabis sales in “key South American markets” are expected to surge from just $125 million in 2018 to $776 million by 2027, according to a recent report released by Arcview Market Research in partnership with BDS Analytics.

“While Brazil and Argentina will far outweigh other countries in terms of spending, Uruguay is the clear leader in early liberalization of its cannabis regulations,” the report said. “Any adult citizen/legal resident of Uruguay can now legally purchase cannabis from pharmacies at government-controlled prices intended to undercut illicit market rates and starve out cartel operations there.” 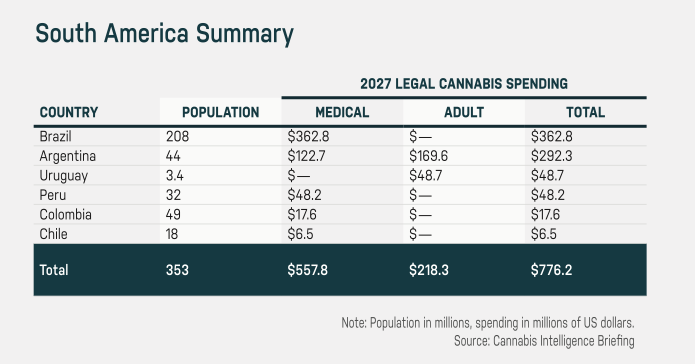 Given that Uruguay and Colombia are the two largest legal producers in the region, they’re “two of the top countries driving investor interest in South America,” Viridian Capital Advisors Vice President Harrison Phillips said in a recent conversation. “We have also seen some interest in Brazil,” he said.

Seeking to shed some light on the issue, Benzinga traveled to South America to report on the scene.

Only one country in the world has federally legal recreational cannabis. That’s Uruguay, a country so small — with 3.5 million people — you may have only heard its name once, in a “Simpsons” joke.

But Uruguay is big on cannabis, and the cannabis industry is now big on Uruguay.

Diego Olivera, the general secretary of Uruguay’s national drug board, said at a recent meeting of regulatory authorities that, beyond the human health aspect, cannabis cultivation and processing involves large economic investments and intensive use of human labor.

Cultivation not only create opportunities in the domestic market, but also an opportunity to diversify Uruguay’s exports, Olivera said.

Regulators have been and will continue to be thorough in their evaluation of the origin of the funding for Uruguay’s cannabis industry, he said.

“What we’re seeing is a mix of local entrepreneurs, with diverse amounts of capital, finding a supplement in foreign capital,” Olivera said, adding that he’s seen substantial foreign capital interest, particularly from Canada and Latin American. “[Investors] understand there are certain favorable conditions in Uruguay, including the general conditions the country offers for foreign investments, the educational level, the legal certainty, the macroeconomic stability and other dimensions that combine with the country’s robust and complete cannabis-related regulations.”

During our visit, we checked out numerous cannabis-related businesses already capitalizing on legalization. They range from a cannabis-themed hostel, the THC Hostel, near the Hamptons-like South American vacation spot Punta del Este, to cannabis grow operations close to the country’s capital, Montevideo. 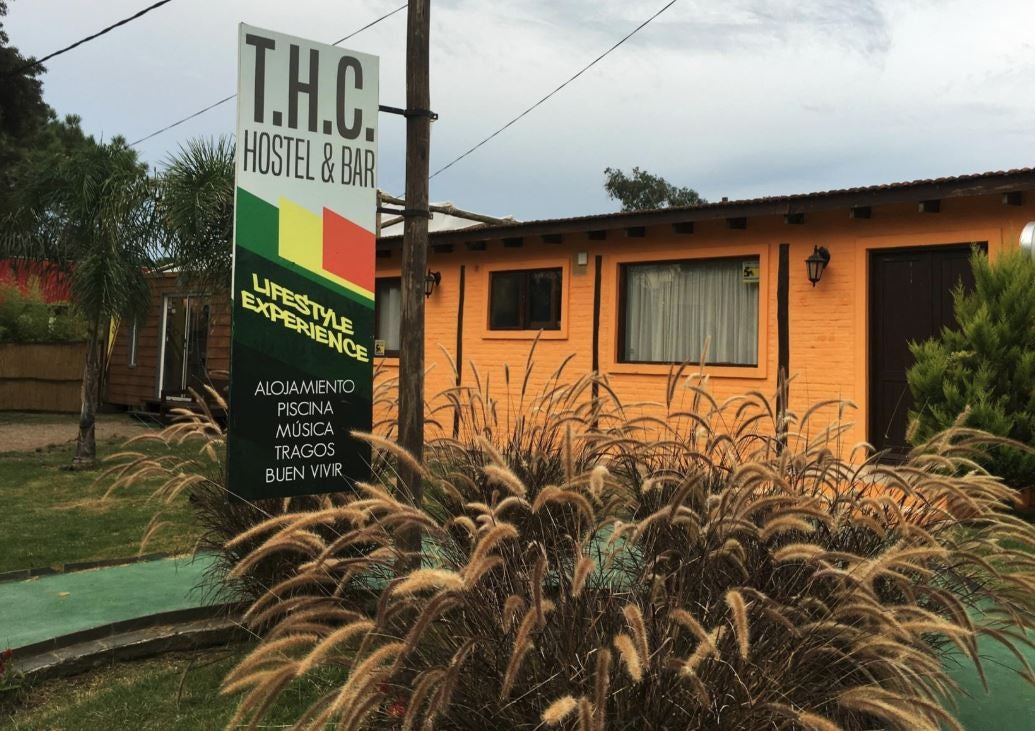 One common takeaway from every industry participant and connoisseur was that the rollout of Uruguay’s cannabis program has been a slow one.

The state has issued only two licenses for producers that supply pharmacies on a federal level; all of the remaining supply comes from self-cultivation or grow “clubs,” where up to 45 people can have someone else grow their weed.

“Until July or August of 2017, regulatory uncertainty reigned [in] the market. A lot of people did not think the system would be implemented,” said Eduardo Blasina, founder of the Montevideo Cannabis Museum and a longtime cannabis advocate and reporter.

“But now, things have started moving [as the government has started granting other types of licenses].” Blasina was one of the four co-founders of Symbiosis, one of the only two companies in Uruguay with a federal-level cannabis cultivation license. 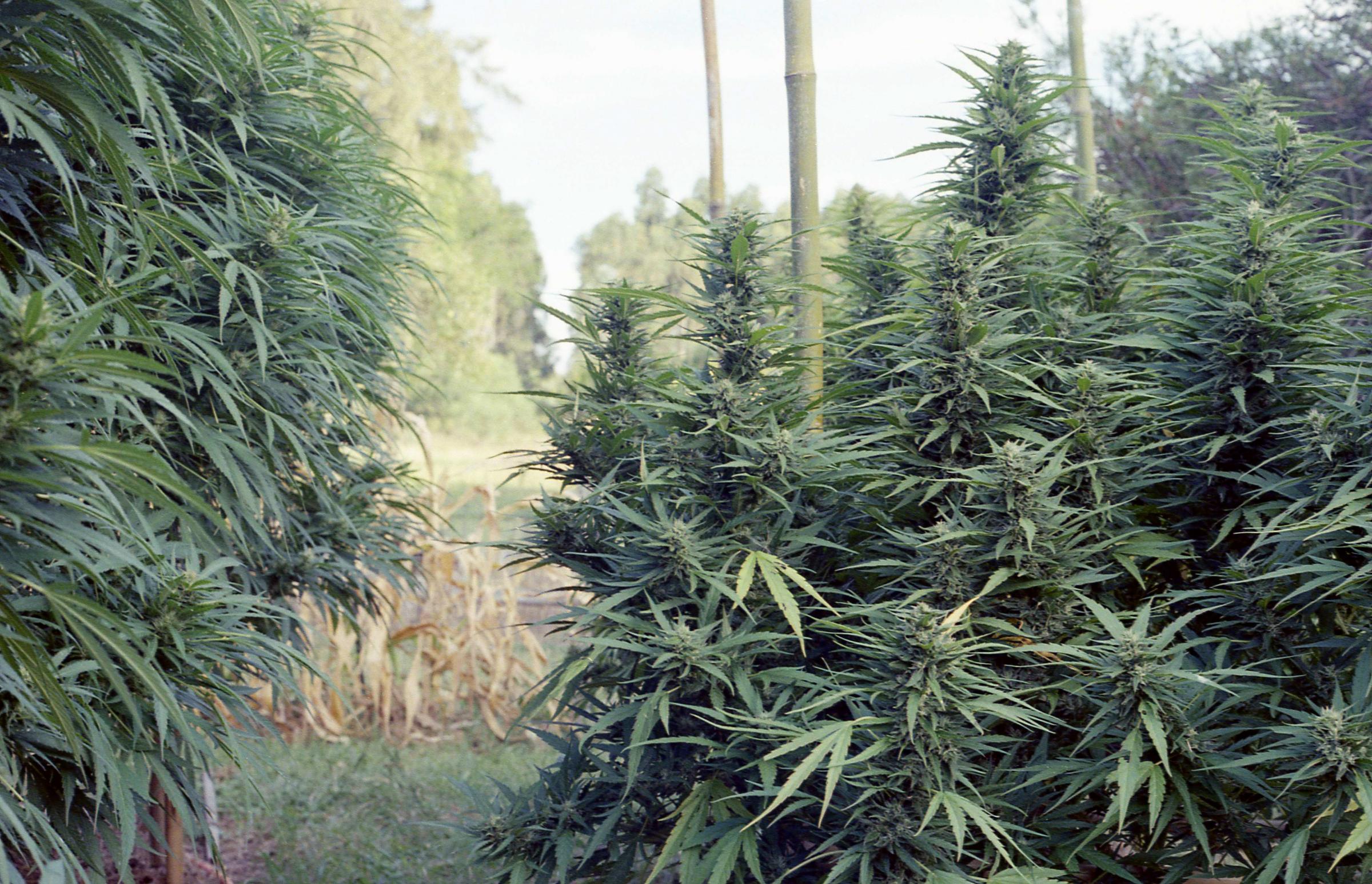 Martinelli also showed us some products, such as grinders, made from hemp plastic he produced and then 3-D printed.

Andrea Krell, a Uruguayan-born cannabis entrepreneur, said her home country and Colombia are both beginning to attract international attention. Krell spent four years in California and more than a decade in Israel before returning to Uruguay and its nascent cannabis market.

“This is a greenfield opportunity. People know a lot about cannabis and agriculture, but could use some of the knowledge that legal cannabis businesses operating for years in paces like California have accumulated. I know that’s why I am back home,” she said.

The other big cannabis player in South America is Colombia, where the law is substantially different than in Uruguay.

Uruguay’s law is focused on allowing people to use cannabis freely without fear of prosecution and reducing the illegal drug trade, said Lucas Nosiglia, executive vice president and president for Latin America for Avicanna, a Canadian cannabidiol-focused biotech.

Colombia’s cannabis law is geared to generate a new economic sector and potentially export cannabis to other countries, Nosiglia said.

“The law there is very responsive, [and the same is true of the] authorities. Everyone wants to make this work; people have faith in the cannabis industry as a large economic driver.”

The government and the people in Colombia have a vested interest in the cannabis industry as a means of overturning some of the country’s past issues, said Viridian’s Phillips.

“They are looking at the cannabis industry’s development as a way to further bolster themselves as a meaningful player in the South American economy,” he told Benzinga.

Colombia only allows for the cultivation of cannabis for medical purposes. Yet the state has handed out many more licenses, both to multinational cannabis companies like ICC Labs Inc ICCLF 1.22%, which also holds one of Uruguay’s two federal licenses, and to local producers.

One of those local producers, La finca Interacviva-ArachnaMed, is a cultivation license-holder that grows non-psychoactive cannabis through a non-centralized network of local farmers and indigenous tribes, often providing them with the resources to stop producing illegal crops like coca, which is used to make powder cocaine that’s largely exported to the U.S. 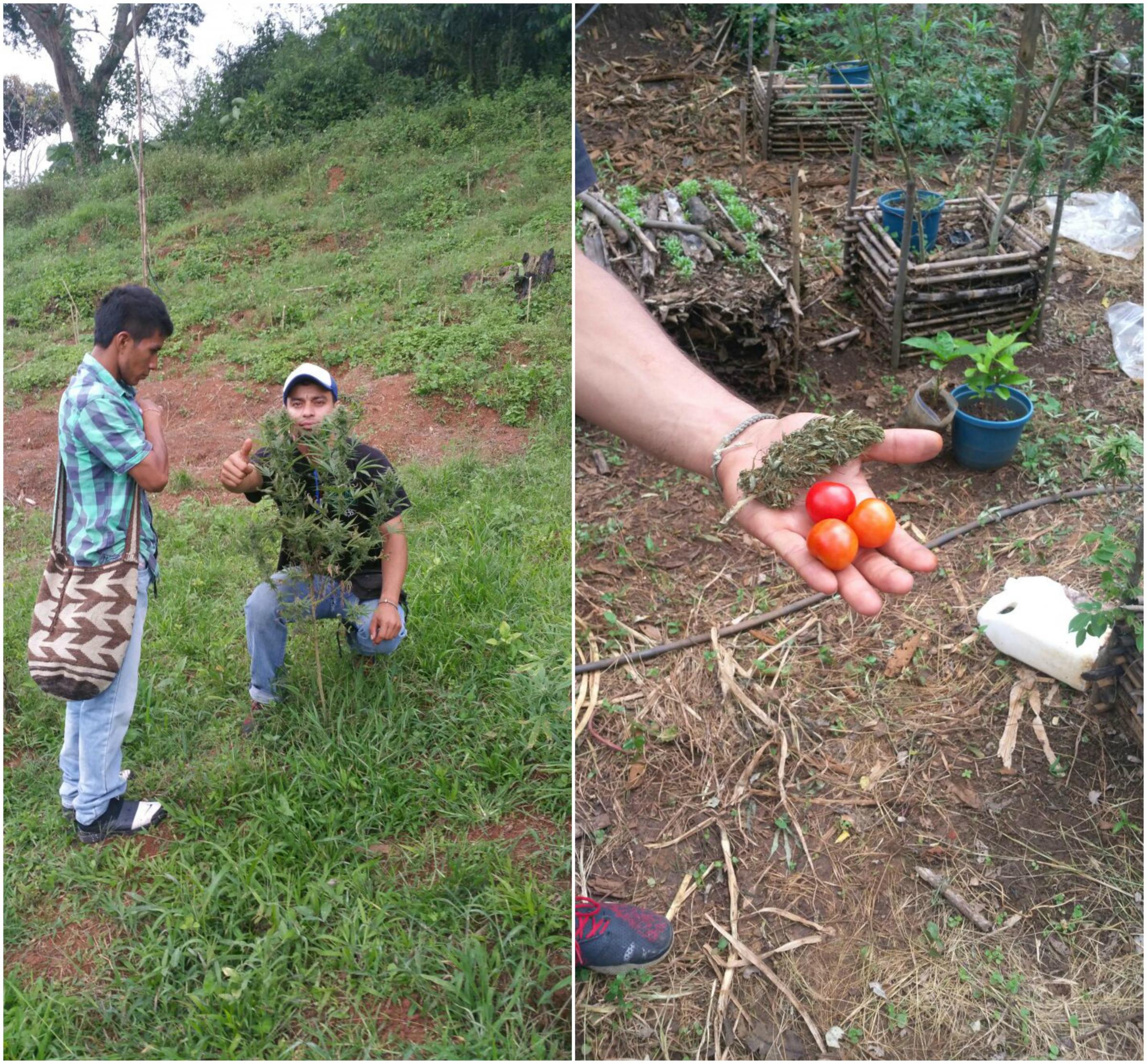 Colombia has been known for decades as the producer of the world’s best coffee, said Rafael Latorre, M.D., a Columbia University graduate student who serves as La Finca Interacviva-ArachnaMed’s senior scientific director.

The distinction “stems from our great geographical location and rich land,” Latorre said.

“In the last few decades, however, Colombia also became notable for its production and export of illicit drugs, including high-quality cannabis. We are now seeing a conversion, a migration, toward legal cannabis production. Our land can produce some of the best medical cannabis in the world.”

Markets like Uruguay and Colombia are attractive to investors because of their emerging status and the fact that legislation allows for the development of diverse cannabis businesses, said Gastón Lepera, co-founder of Symbiosis and CEO of MedroPharm partner Greenfields Health Care, which is also making advancements in the Brazilian medical cannabis market. “In the case of Uruguay, there’s another advantage: it’s a secular, liberal country,” Lepera said.

This wasn’t always the case, said Dr. Raquel Peyraube, who is often seen as the leading cannabis-focused physician in Latin America.

“However, the market is still very green,” Peyraube said. “There are very few [and] not very sophisticated products down here — and access is very limited. So, there’s a lot that can be done still.”

“Meanwhile, Uruguay’s land is rich and fertile and wind conditions are also great. It is also one of the most secure countries in the region.”

All of these developments are very recent, said the Montevideo Cannabis Museum’s Blasina.

“Until the system was really rolled out and cannabis [was] being sold at pharmacies, foreign capital was hesitant. Only now that the system is in place and working [are] investors manifesting a real, tangible interest.”

Even with Canada’s full-rec system going online this year, South America still has a large cost advantage and stands to become a dominant player in the cannabis space on a global scale, Blasina said.