5 Trends that will dominate the cannabis landscape in 2020

When the curtain finally closes on 2019, it’ll go down as one of the strongest years in a long time for the broader market, and likely the worst year for marijuana stocks.

What had been an incredible buzz for investors throughout the first quarter turned into a major buzzkill for the remaining nine months. Since the end of the first quarter, most cannabis stocks have lost a significant amount of their market cap as questions fly concerning the growth trajectory of the global pot industry moving forward.

But the big question: What does 2020 hold for marijuana stocks?

As we look toward the New Year, I’d suggest that the following five trends are poised to dominate the cannabis landscape.

It’s arguably the event that cannabis stock investors have waited the entire year for — the launch of marijuana derivatives, such as edibles, infused beverages, vapes, topicals, and concentrates. Originally expected to launch no later than October, Health Canada pushed back the official date for these products to reach dispensary shelves until mid-December. As of right now, derivatives have been on Canadian dispensary shelves for less than two weeks.

However, derivatives are a significantly higher margin product than traditional dried cannabis, making this launch incredibly important for the financial well-being of marijuana stocks. What’s more, derivatives are particularly popular with younger adults, thereby providing a bridge for the pot industry to a new generation of cannabis consumers.

Investors will want to play close attention to how well this launch goes in Canada. Supply issues that’ve impacted dried flower are liable to negatively affect derivatives in the early going, but this shouldn’t stop pot stocks from emphasizing these alternative consumption options. This is an especially important time for the likes of Cronos Group (NASDAQ:CRON), which has de-emphasized dried flower production and seemingly bet the farm on derivatives, more specifically vapes. Remember, Cronos Group has Altria Group in its corner as a 45% equity partner, and Altria knows a thing or two about consumer smoking habits. Cronos’ future very much depends on a successful derivatives ramp-up in Canada. 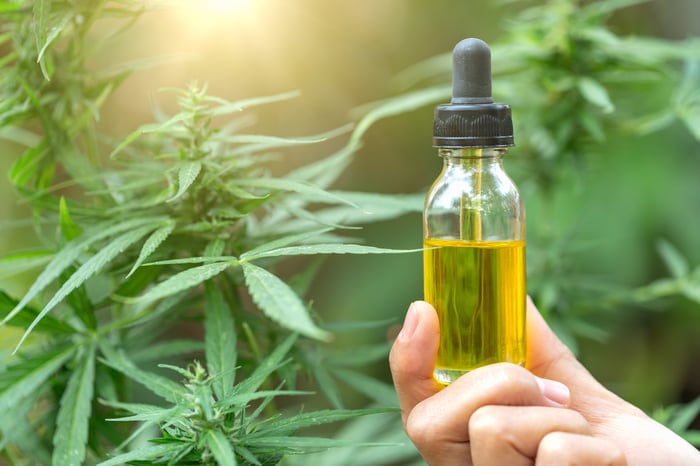 Meanwhile, in the U.S., all eyes are going to be on the cannabidiol (CBD) industry. CBD being the nonpsychoactive cannabinoid found in cannabis and hemp that’s best-known for its perceived medical benefits.

On one hand, CBD growth is expected to skyrocket, according to the Brightfield Group. After generating around $600 million in U.S. sales in 2018, CBD revenue should soar to $23.7 billion by 2023. That’s a compound annual growth rate of more than 100% for those of you keeping score at home. With the Farm Bill being signed into law one year ago, it allows for the industrial production of hemp, which is rich in CBD, as well as for general retailers to distribute products containing CBD.

On the other hand, the U.S. Food and Drug Administration (FDA) has put its foot down the CBD craze. Recently, the FDA provided a consumer update on CBD that noted it can be harmful, and that a lot is still unknown about the popular cannabinoid. In effect, the FDA, which has been reviewing CBD as a possible additive to food and beverages, cast doubt over whether or not it’ll be able to give the substance a green light anytime soon. This pretty much removed the idea of CBD-infused food and beverages hitting shelves in the U.S.

Nevertheless, a company like Charlotte’s Web (OTC:CWBHF) can still thrive, albeit with tamer growth projections. Charlotte’s Web predominantly sells oils and topicals that aren’t on the FDA’s radar, and it’s more than doubled its retail door presence since the beginning of the year to over 9,000 stores. Nevertheless, as the CBD market share leader, all eyes will be on Charlotte’s Web and the FDA for further guidance on CBD in the U.S. in 2020. 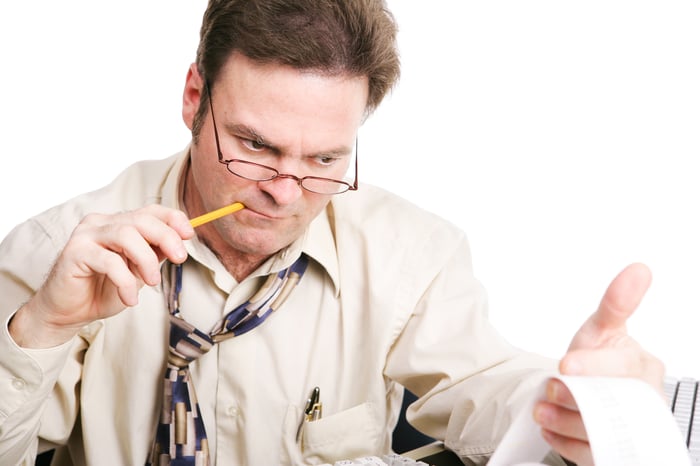 3. The push toward profitability

With supply issues to our north and high tax rates constraining sales in the U.S., marijuana stock investors have watched the black market thrive in 2019. In turn, this has pushed sales estimates way down for marijuana stocks and moved loss projections way up.

As we enter 2020, profitability will come into focus more than ever. It was already on the radar of investors in 2019, but with financing being somewhat of a concern (a point I’ll touch on in a moment), minimizing losses and/or pushing toward positive operating cash flow is going to be the primary objective of most marijuana stocks.

For example, Canopy Growth (NYSE:CGC) has been losing money at an incredible pace over the past year as it attempts to expand domestically and internationally, all while incorporating a host of acquisitions. What’s more, Canopy Growth handed out long-term-vesting stock in droves to its employees to keep them loyal, and is now facing the consequence of this decision in the form of high share-based compensation expensing. In fact, share-based compensation outpaced net sales in Canopy’s fiscal second-quarter operating results. With David Klein set to take over the company’s new CEO, some serious belt-tightening can be expected.

Look for more capital expenditure cuts throughout the industry in 2020. 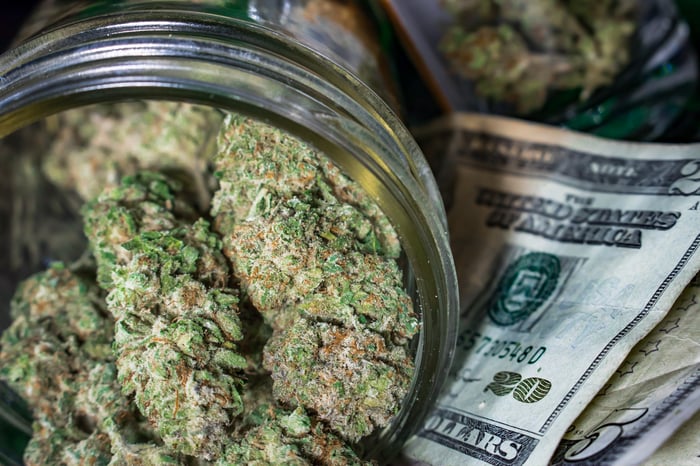 Another trend likely to crop up in 2020 is financing concerns for the cannabis industry.

In the U.S., financing is particularly troublesome given that marijuana is still a Schedule I substance at the federal level. This discourages banks and credit unions from providing basic financial services to pot companies for fear of facing criminal and/or financial repercussions. Aside from selling stock, a number of well-known multistate operators (MSO) have recently turned to sale-leaseback agreements with Innovative Industrial Properties (NYSE:IIPR). Under a sale-leaseback agreement, Innovative Industrial will acquire a cannabis growing and/or processing facility for cash, then lease back the property to the same company for a 10-to-20-year period. This provides MSOs with much needed cash, all while bolstering Innovative Industrial Properties’ leading cannabis-focused property portfolio.

However, understand that financing isn’t just a U.S. issue. Alberta-based Aurora Cannabis (NYSE:ACB), the most popular pot stock on the planet, has a reasonably small amount of cash on hand relative to the number of domestic and international projects on its plate. Persistent supply issues in Canada have put a major monkey wrench into Aurora’s plan, and issuing stock seems to be its only means of financing various parts of its expansion. Unfortunately, Aurora’s share count has ballooned from 16 million to close to 1.1 billion since June 2014, and the company’s balance sheet isn’t looking all that great. 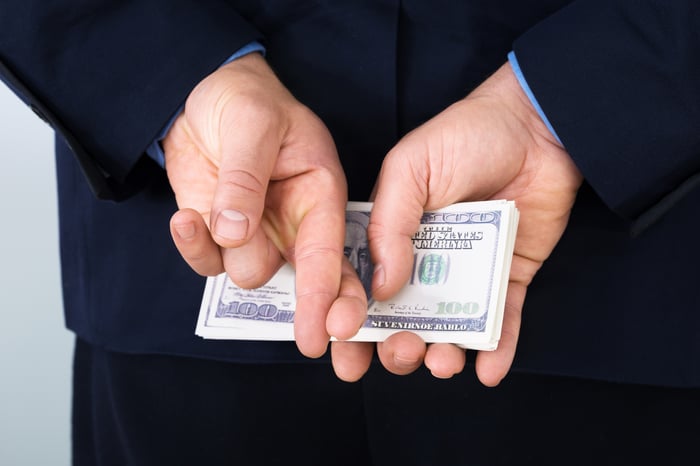 Lastly, expect to a see a lot of focus placed on cannabis stocks building trust with investors in the upcoming year.

For those who may recall, CannTrust (NYSE:CTST) dropped a bombshell on the industry in early July when it was discovered that it had been illegally growing weed in five unlicensed rooms for a period of six months (Oct. 2018 – March 2019). Further investigation found blatant attempts to cover up this illicit grow from regulators, as well as knowledge (via emails) that now-former CEO Peter Aceto knew of this illegal operation. As punishment, CannTrust had its cultivation and sales licenses suspended by Health Canada, and the company wound up destroying $58 million worth of inventory grown from these rooms. CannTrust hopes to regain its licenses in 2020, but serious damage has been done to its reputation.

A number of other marijuana stocks have also caused investors to be leery, including Aphria and Namaste Technologies, both of which saw their CEOs leave after conflicts of interest were disclosed following deals for their respective companies.

Look for the upcoming year to feature a lot more transparency from the marijuana industry in an effort to attract long-term investors.